Jessica Hughes of Hilliard shields her three kids, including Julia, 3, Aidan, 8, and Evan, 6, from the rush of people rushing to shake hands with President Barack Obama after he spoke at a campaign rally in Schiller Park in the German Village neighborhood of Columbus on Sept. 17, 2012. (Dispatch photo by Adam Cairns)

Adam Cairns came to the Dispatch from ThisWeek Newspapers in August 2012.
Photo published Sept. 18, 2012.
Ohioans, bombarded with advertisements and frequently visited by candidates, was a focal point of the presidential election. The mayhem that surrounded the election can be seen in this one moment at the end of the president's speech in German Village. 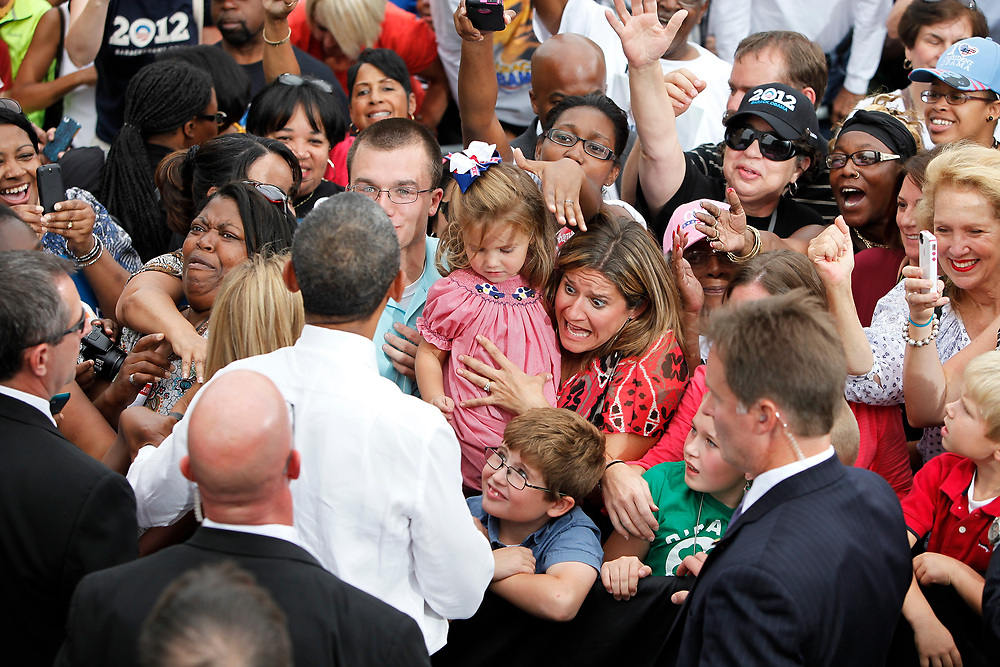